Our research looks at some of today’s most challenging issues such as control system design, aerospace materials, energy, thermodynamics and heat transfer modelling.

The scope is not limited to these areas and the new research focus is to strengthen these area and explore new areas of research.

Development of a novel measurement system to optimise sustainability

Recent efforts to transform the world towards sustainability has been driven largely because of humanity’s influences. Too often, the changes occur reactively due to excessive damage to the natural environment by which time the scales are tipped unfavourably in the direction of irreparable harm in such an extreme way that recovery is either unlikely, or requires significant effort, time and cost to restore.

This holds true in both types of earth’s ecosystems, terrestrial and aquatic.  Therefore, it would be prudent to monitor forests, grasslands, deserts, tundra, freshwater and marine ecosystems to build a scientific picture of the landscape by monitoring and collecting data to determine potentially harmful changes before lasting damage is of concern.

This research will study essential ecosystems and their margins in which they require to survive. From which novel methods and hardware for data collection and reporting will be developed so that a database can be built to map the world’s historic and current health. The data collected allows specialists to analyse the data or potentially machine learning algorithms to track changes that are harmful to the natural world before the complete loss of an ecosystem.

Recycling processes has been in the century for many years and recently many organisations and government looking to focus on all various material to be recycled.

There are numerous policies that have been implemented for successful recycling process.  The aim of this research is to investigate the policy implemented in United Kingdom recycling organisation, following the precise procedure of recycling aircraft materials towards environmentally sustainable.

Furthermore, to generate a standardise policy on helping to reduce its environmental impact and continual improvements.  In the research, further analysis will be carried out to identify, if the current policy process reflecting towards sustainability; recycling process be managed without endangering human health and harming the environment.

The process policy study includes procurement of material, compliance, monitoring and management, and recycling technique. Moreover, extensive analytical studies will be conducted outside the UK to observe and compare the details of recycling processes for continuous improvement in this field.

The aim of this project is to design a low cost mechanical arm to be fitted to vehicles such as quadcopters, to sample near terrain and perform simple tasks. Furthermore, to generate a method for docking a slave drone to a mothership, including suitable disconnect during flight and live docking.

The dual drone system can be used in many applications, ranging from lifting load to saving life. Real-time implementations of a dual drone system will be analysed with reference to the developed system models. Initially, mathematical models of a master and slave drones will be developed. A mechanical arm model will be incorporated in the small drone. This will allow study of the flight stability of the whole system. For a smooth operation and control of the whole system, an advanced robust controller must be designed.

Secondly, an advance functional robot design will be considered. This should be a low cost robot, which is able to accept the arm as a fitting, allowing the robot to perform tasks such as additive layer manufacturing.  Development of an advance docking method allowing accurate docking and disconnect of the arm to the robot is required.

Finally, an advanced controller design for both systems will be investigated. For the experimental study a laboratory testing hardware including robot and an advanced functional arm will be designed and built. Further research will examine the details of potential failure modes of operations to see whether safe operation is practically achievable by controller.

The burgeoning interest and vast number of applications of composite materials has gained a considerable amount of research and development from of scientific sectors, most notably the aviation industry.

Aerospace-grade composites currently cost more to produce and manufacture than the vast majority of materials for similar applications, so it is important to prevent undue replacement and life limiting damage. Impact damage and wear life of a material is hence an important feature to understand when reviewing the cost effectiveness and lifespan operations of a new aircraft component, or for a modification of an in-service component.

An investigation into a technique for monitoring and predicting the fracture point of composite materials would therefore have a significant impact and usage for current consumers for the considerations related to material selection.

Samples of a composite approved for use in aerospace applications in accordance with EASA Part-145 are to be tested with a Zwick Z10 in order to determine the ultimate tensile strength. Several sample groups were introduced with the inclusion of size, production method, and lamination structure in order to identify any undue correlation. Data collected may then be analysed in order to identify the material nature. All information sets will be used to identify the critical stress intensity factor and suggestions for a modification to the Griffith equation has been made. This investigation presents, the final results a full data set reflecting the fracture point of the material, which may be used for reference purposes. This may be used to investigate the development of a novel method for the detection of damage in carbon composites as used in system engineering applications.

The project aims to achieve the following objectives:

Recommend guidelines for the improvement of the properties of carbon fibre reinforced plastic.

Furthermore, this research will provide an insight into various micro-electromechanical systems (MEMS) focusing on the design and manufacture of the systems for several applications such as healthcare, mechatronics and condition monitoring. Such MEMS will include micropumps, microsensors and microactuators.

A self-sustainable energy system configuration is of interest to many groups and users, and as the supply of fossil fuels runs down they will have to become more widely used and accepted methods for energy capture, storage and use. This work intends to prove a more cost effective system other than grid connected systems that are available and provide cost effective solutions to consumers.

This research investigates typical self-sustainable energy system configuration and looks to develop a performance optimisation model with robust controller design. The potential benefits of such a system design was investigated using data collected at three specific location and the performance of the system under variable conditions was determined.

Our work proposes a robust controller design and implementation of an efficient self-sustainable energy system. The combination of solar PV cells combined with a battery energy storage system (BESS) carries great promise for cleaner, more efficient energy future. It allows domestic users the opportunities to significantly reduce their bills, carbon footprint and the payback periods for standalone solar PV systems and finally avoid the high costs of dynamic electricity pricing that is looming on the horizon.

Design, manufacture and testing of a valveless micropump

The project will aim to achieve the following objectives: research different types of mechanical micropumps with different actuation techniques and identify performance limitations, design a valveless micropump with features that will improve its performance, model flow through the pump and structural displacement of the actuator membrane using appropriate Multiphysics software, produce a prototype of the micropump using additive layer manufacturing and test the performance of the prototype with respect to pressure rise and flow rates

This project aims at studying optimisation techniques including solar tracking system development for domestic applications and identifying suitable energy storage devices for optimal (domestic) energy consumption. Firstly, using available information a typical system model will be implemented in MATLAB/Simulink. Then the work will be focused on the design and implementation of an advanced solar tracking system that follow the trajectory of the sun. Furthermore, design of an advanced control system for tracking and optimisation.

The work also addresses the problems, when drones are used in practice, in particular in the area of search and rescue, military and scientific studies. A robust control approach will be considered for the control law development. The controller can be design to ensure the stabilization of the drone system in order to successfully fulfil missions.

Modelling and simulation of heating processes 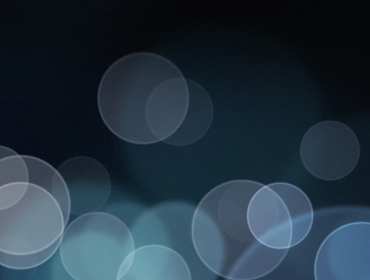 The mechanical engineering research facilities are composed of material lab, control and instrumentation lab and the thermodynamic lab equipped with wind tunnel and energy equipment.

We welcome UK and international applications from suitably qualified graduates interested in joining us for postgraduate research. Find out more on the Graduate School website.