The research unit has been in existence for over 20 years and has collaborated with both industry and research groups in the UK, Europe and the world.

The team has widespread expertise in both control theory and industrial applications. In view of Professor Guoping Liu’s landmark contributions to research in the field of engineering, he has been named amongst Highly Cited Researchers by Clarivate Analytics, a list of the world’s leading scholars  in the sciences and social sciences.

Professor Liu was selected as a Highly Cited Researcher in the five consecutive years between 2014 and 2018 due to the number of citations his work has received from his fellow researchers. Essentially, his peers have identified his contributions as being among the most valuable and significant in the field of engineering.

In further recognition of his accomplishments, Professor Liu has been listed in the The World’s Most Influential Scientific Minds: 2014. This report can be found at  ScienceWatch.com.

It has focussed its efforts on advanced research towards the creation of novel theory and technology for control systems for many years.

In particular, the work on advanced control theory and its industrial applications is highly recognised internationally.

This unit provides an excellent base for developing new control strategies for control systems, particularly, Internet based control systems and control technology of industrial fuel cells.

We welcome UK and International applications from suitably qualified graduates interested in joining us for postgraduate research. 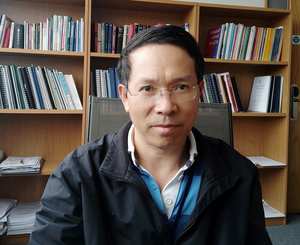